LONDON (AP) — British regulators slapped Facebook on Thursday with a fine of 500,000 pounds ($644,000) — the maximum possible — for failing to protect the privacy of its users in the Cambridge Analytica scandal.

At the same time, European Union lawmakers demanded an audit of Facebook to better understand how it handles information, reinforcing how regulators in the region are taking a tougher stance on data privacy compared with U.S. authorities.

Britain’s Information Commissioner Office found that between 2007 and 2014, Facebook processed the personal information of users unfairly by giving app developers access to their information without informed consent. The failings meant the data of some 87 million people was used without their knowledge.

“Facebook failed to sufficiently protect the privacy of its users before, during and after the unlawful processing of this data,” said Elizabeth Denham, the information commissioner. “A company of its size and expertise should have known better and it should have done better.”

The ICO said a subset of the data was later shared with other organizations, including SCL Group, the parent company of political consultancy Cambridge Analytica, which counted U.S. President Donald Trump’s 2016 election campaign among its clients. News that the consultancy had used data from tens of millions of Facebook accounts to profile voters ignited a global scandal on data rights.

The fine amounts to a speck on Facebook’s finances. In the second quarter, the company generated revenue at a rate of nearly $100,000 per minute. That means it will take less than seven minutes for Facebook to bring in enough money to pay for the fine.

But it’s the maximum penalty allowed under the law at the time the breach occurred. Had the scandal taken place after new EU data protection rules went into effect this year, the amount would have been far higher — including maximum fines of 17 million pounds or 4 percent of global revenue, whichever is higher. Under that standard, Facebook would have been required to pay at least $1.6 billion, which is 4 percent of its revenue last year.

The data rules are tougher than the ones in the United States, and a debate is ongoing on how the U.S. should respond. California is moving to put in regulations similar to the EU’s strict rules by 2020 and other states are mulling more aggressive laws. That’s rattled the big tech companies, which are pushing for a federal law that would treat them more leniently.

Facebook CEO Mark Zuckerberg said in a video message to a big data privacy conference in Brussels this week that “we have a lot more work to do” to safeguard personal data.

About the U.K. fine, Facebook responded in a statement that it is reviewing the decision.

“While we respectfully disagree with some of their findings, we have said before that we should have done more to investigate claims about Cambridge Analytica and taken action in 2015. We are grateful that the ICO has acknowledged our full cooperation throughout their investigation.”

Facebook also took solace in the fact that the ICO did not definitively assert that U.K. users had their data shared for campaigning. But the commissioner noted in her statement that “even if Facebook’s assertion is correct,” U.S. residents would have used the site while visiting the U.K.

EU lawmakers had summoned Zuckerberg in May to testify about the Cambridge Analytica scandal.

The EU lawmakers also call for new electoral safeguards online, a ban on profiling for electoral purposes and moves to make it easier to recognize paid political advertisements and their financial backers.

An enormous voting bloc is about to come of age.

By 2020, 27 percent of the U.S. electorate — some 54 million people — will be between the ages of 18 and 29. This group, comprising the trailing edge of millennials and the first crop of voting-age Gen Zers, represented less than 20 percent of the voting population in the 2016 election. They’re now gaining the electoral muscle to determine the course of U.S. policy for decades to come.

That future should be progressive. In poll after poll, these voters lean far left of their elders. The bulk of them have registered unaffiliated or Democrat, but regardless of their declared party, they tend toward liberal on every major issue — including immigration, the environment, and gun control, according to a 2018 study by the Institute of Politics (IOP) at Harvard University, and they overwhelmingly disapprove of President Trump.

There’s just one problem: They don’t vote. In the 2014 midterms, a miserable 12 percent of eligible 18-to-21-year-old college and university students participated in the election. In 2016, with a highly controversial presidency at stake, less than half of college undergraduates voted.

With the chance to flip the House this November, hope has bloomed that these voters — let’s call them MillZees — will finally turn out. But while some analysts expect an onslaught at the polls this fall, the reality is far less certain. In discussions with get-out-the-vote advocates, voting experts, political analysts, and MillZees themselves, I discovered a vast chasm between the vibrant voter-registration movement and the number of candidates who actually connect with younger Americans enough to inspire them to pull a lever. And I learned that while youth voters sincerely want change, they are at once cynical, overwhelmed, and remarkably ill-informed about how the government operates.

In 2014, 26 percent of eighth-graders scored “below basic” on the civics part of the National Assessment of Educational Progress, commonly called the Nation’s Report Card.

But most of all, I found this: It’s not their fault.

Instead, it’s the product of a decades-long sequence of events — some deliberately engineered to freeze out the youth vote, others the unintended consequence of well-meaning but misguided social and educational programs — which has resulted in some 54 million young American citizens forfeiting even the slightest inclination to participate in American democracy. How do we get them back? The answer is complicated.

The disenfranchisement of young people from U.S. politics started decades ago.

Social and political unrest in the 1960s rattled Americans’ faith in their government. That distrust spawned an educational movement that ditched basic civics classes for the more nebulous “social studies,” says Kei Kawashima-Ginsberg, director of the Center for Information and Research on Civic Learning and Engagement at Tufts University. Those old-school government lessons — the kind that taught young Americans the mechanics of their political system — were replaced by history-focused coursework.

On the left, the movement was seen as a way to start fresh by teaching a broader range of ideas and contexts. On the right, the movement seemed like a great way to remove any whiff of liberal partisanship from public schools. Whatever the goal, civics education has declined ever since — its slide accelerating when George W. Bush’s No Child Left Behind Act passed in 2002 without a mandate to test for civics knowledge. In 2014, just 22 percent of eighth-graders scored “proficient” on the civics part of the National Assessment of Educational Progress, commonly called the Nation’s Report Card. That same year, 26 percent of students scored “below basic.”

During that period, American politics have also become intensely polarized. Any political discussion in school is viewed with deep suspicion by parents, administrators, and politicians who are obsessed with stealth ideologues who might be influencing children’s political beliefs. The result is that students no longer have a moderated, safe space where they can explore political issues, and teachers are afraid to address thorny issues. Emily O’Hara, a junior at UConn Storrs, says that in her high school civics class, the teacher would change the subject when discussions got too contentious.

That comes as no surprise to Kawashima-Ginsberg. Her 2012 survey of 800 civics teachers across the country found that more than 25 percent reported they dreaded community pushback if they talked about current events in the classroom. Many of these teachers got their first taste of this new order after having their students watch President Obama’s 2008 inauguration in the classroom — only to find themselves subjected to irate phone calls and threats of lawsuits from parents who claimed that the act of witnessing the transfer of power to a Democratic president in school was partisan.

Young voters’ lack of access to information about issues and candidates keeps them from casting votes. “We don’t read,” says one.

Since then, parents across the country have become ever more adamant that their public school teachers avoid talking about current elections and political issues. Kawashima-Ginsberg says that during the 2016 election, fearing virulent backlash, civics teachers across the country reported that they avoided discussing current events entirely. “There’s a real fear in schools to talk about politics,” she says. “Teachers are disempowered, and we are not testing for civic fluency, so they have no incentive to teach it.”

Those same high school students will soon be eligible to register as voters. For the first time, they will be confronted with political choices that will directly affect them. Lacking the necessary tools to understand and debate issues, and without an even basic understanding of how government works, they’re falling hopelessly behind. 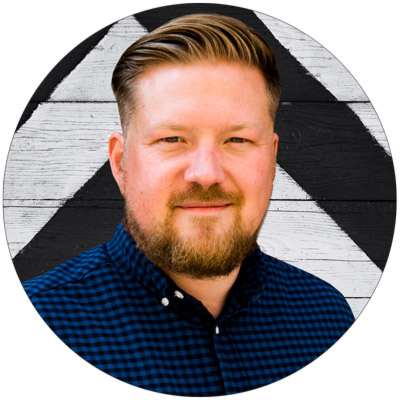 Boston-based journo and author of "Into the Raging Sea" (Ecco/HarperCollins 2018) about the 2015 sinking of the cargo ship El Faro. www.rachelslade.net

NEXT ARTICLEWordPress Resources at SiteGround